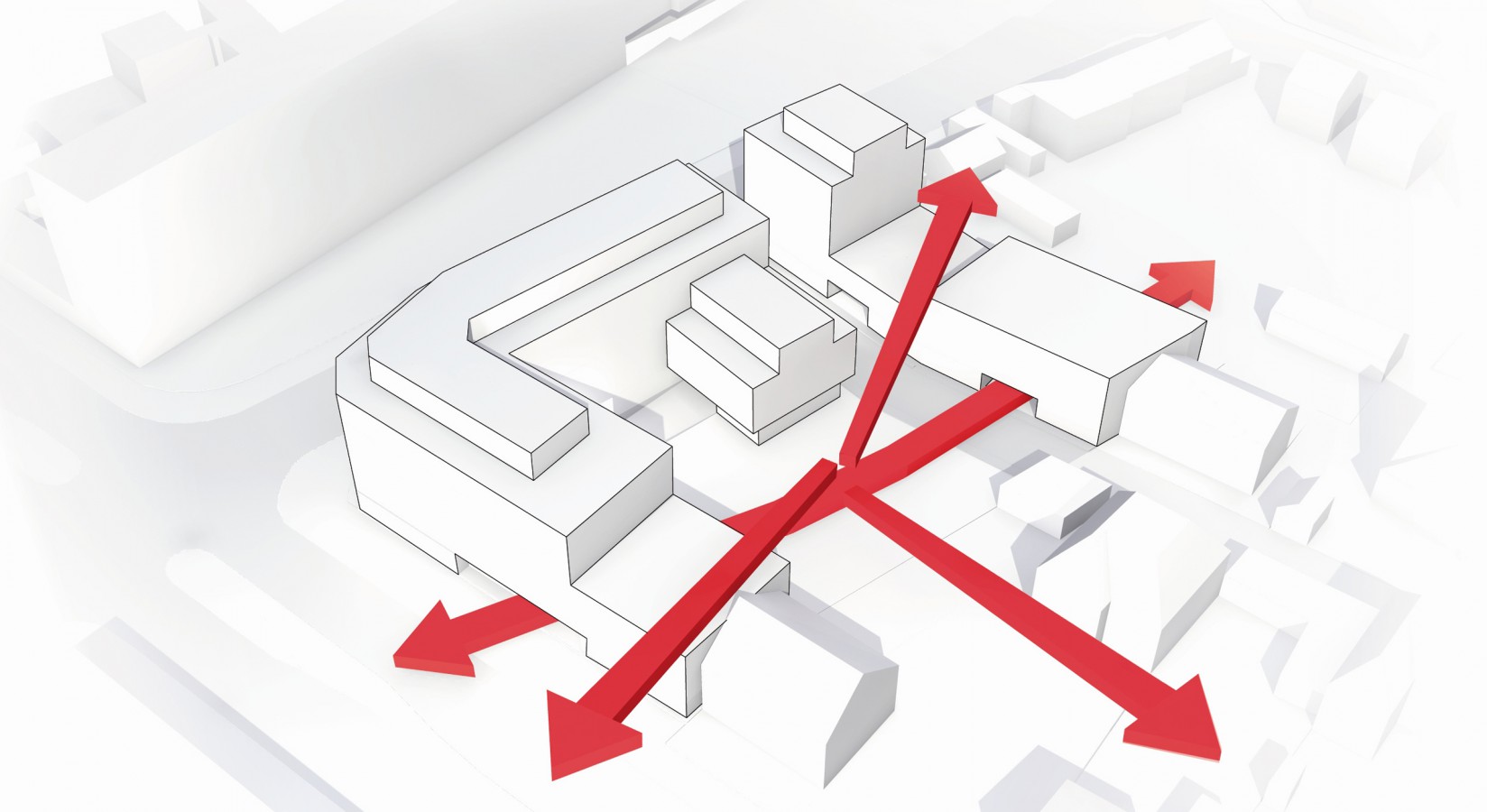 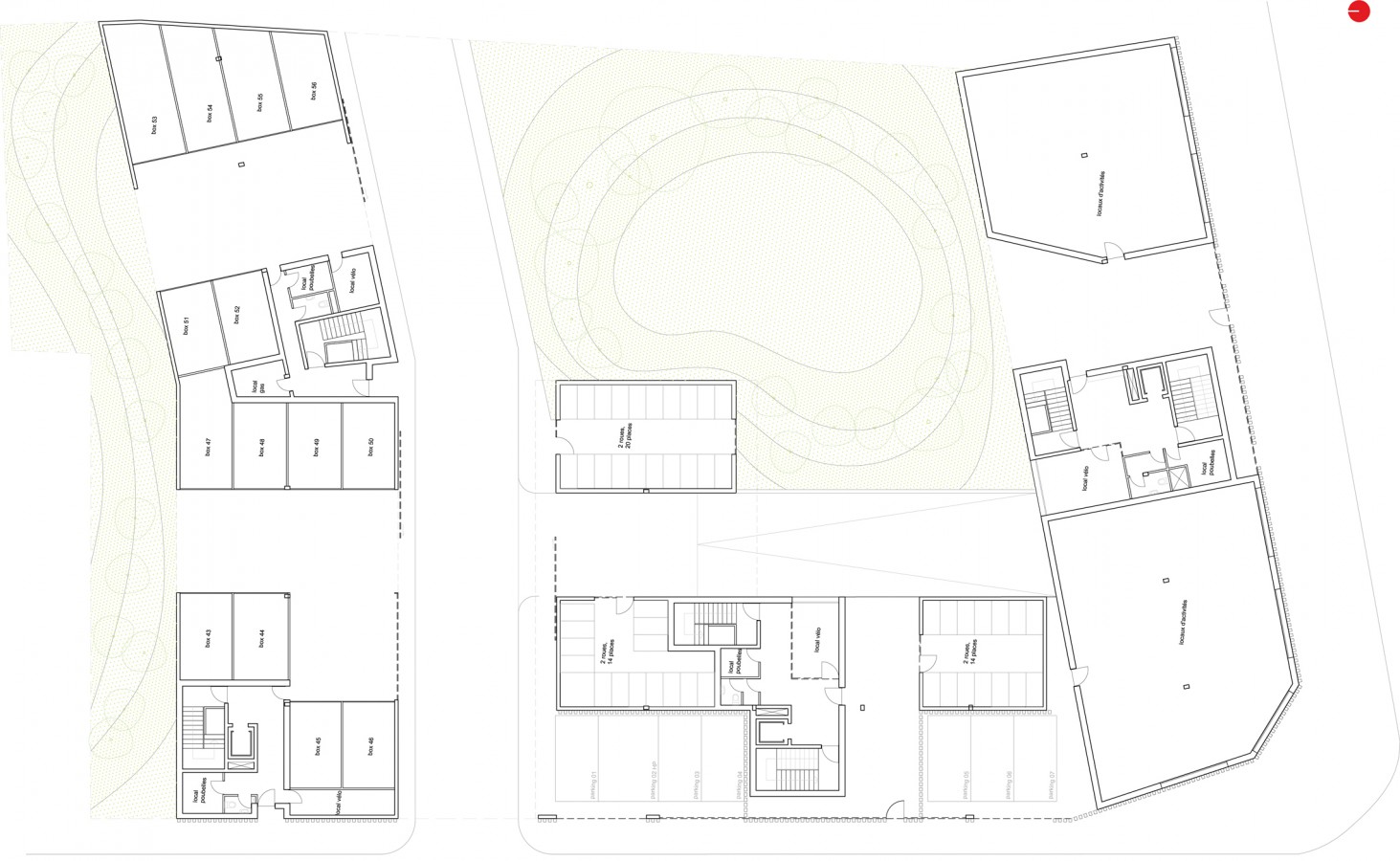 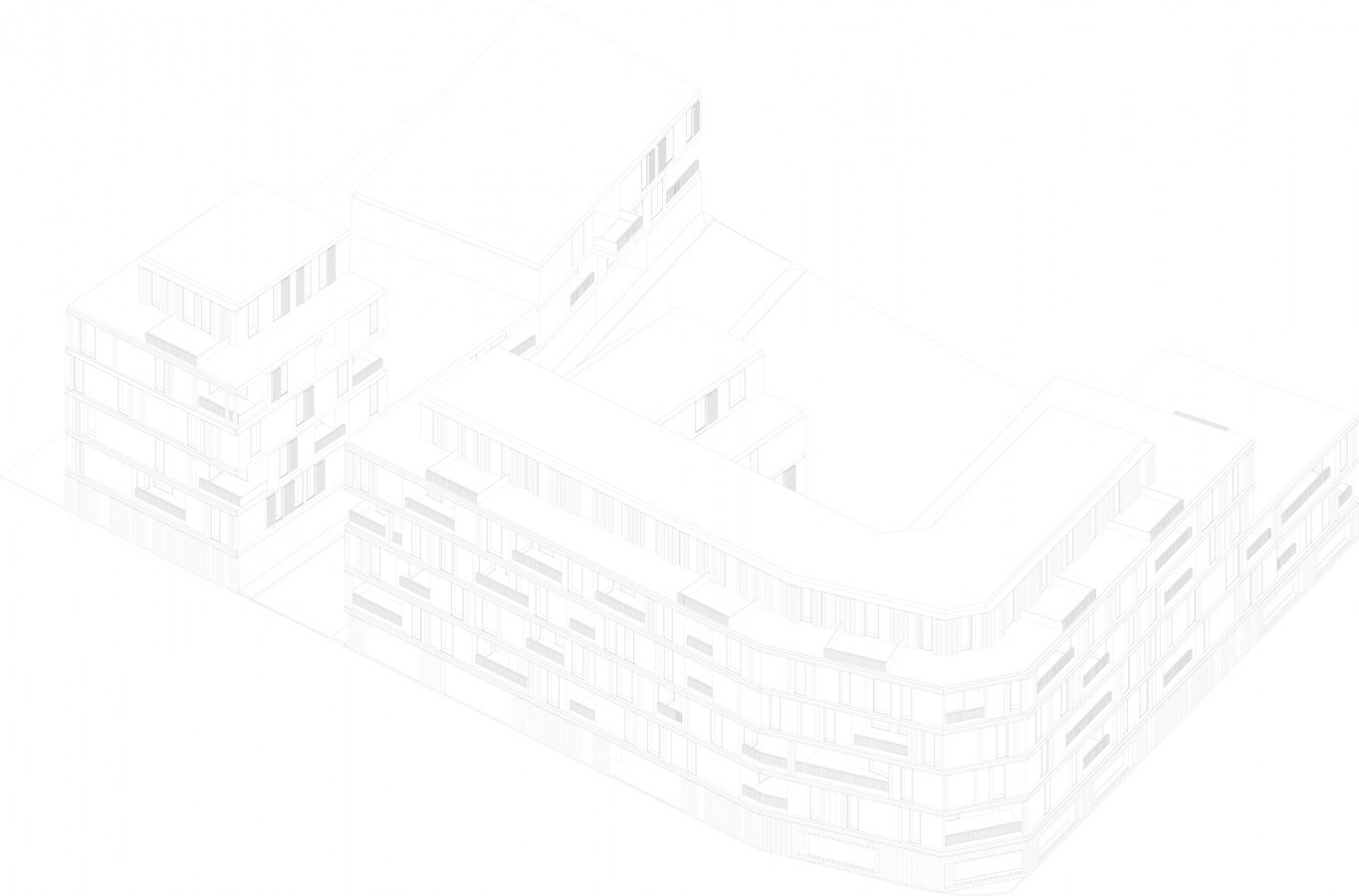 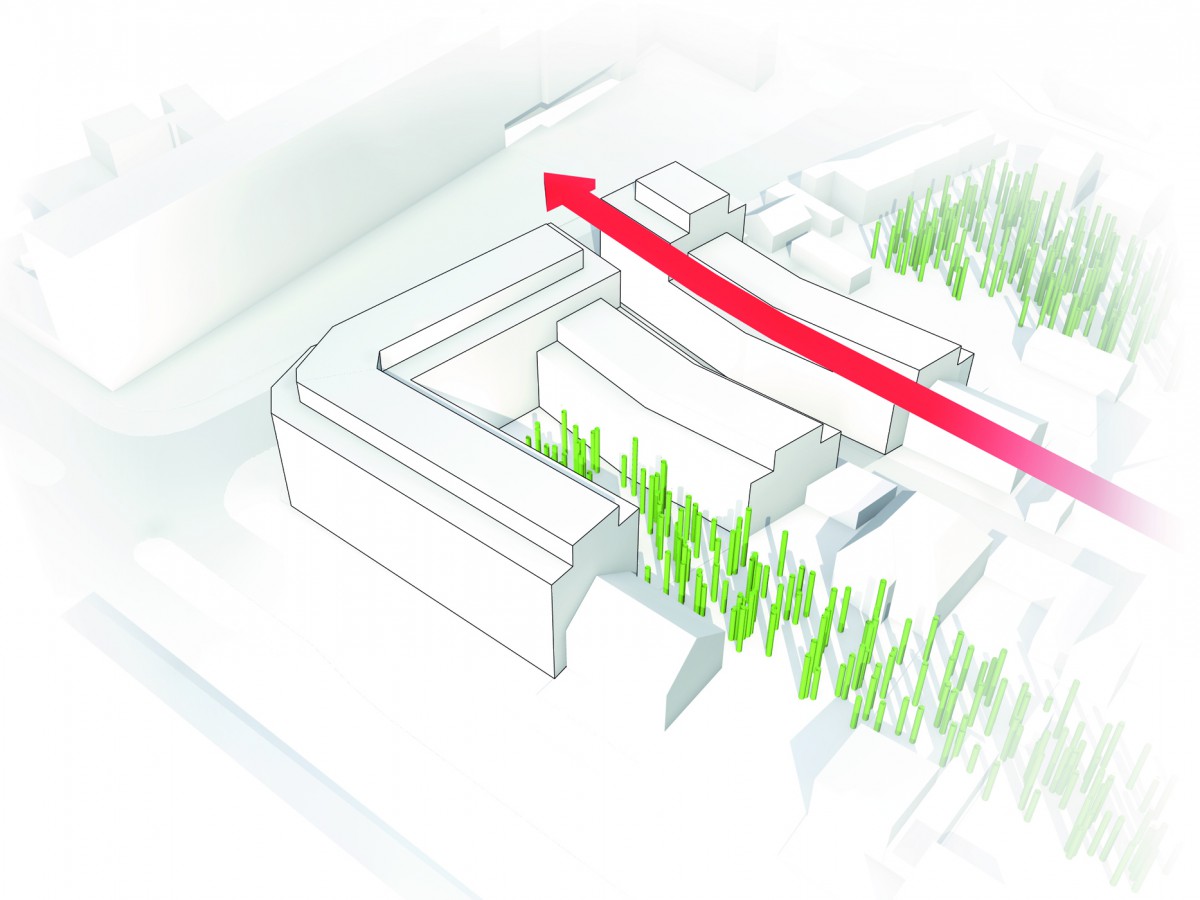 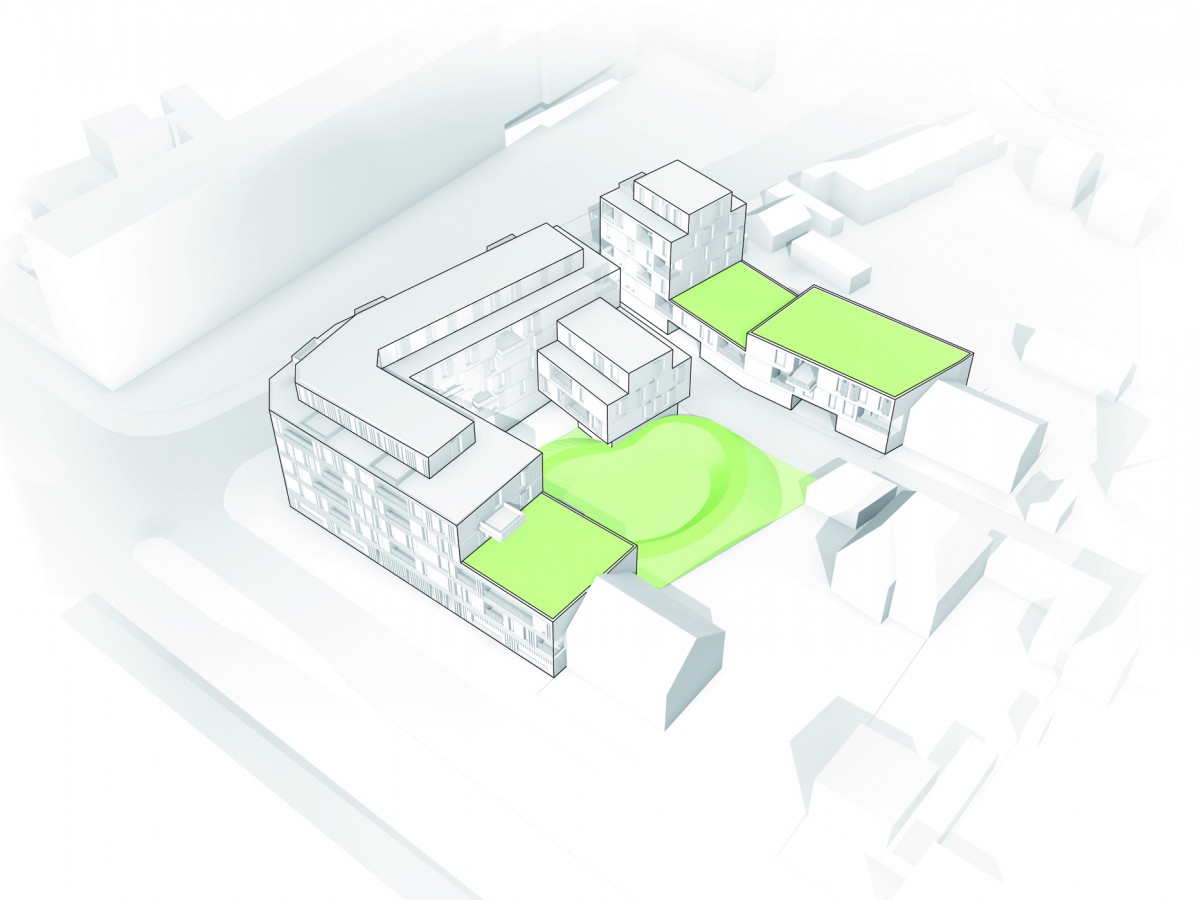 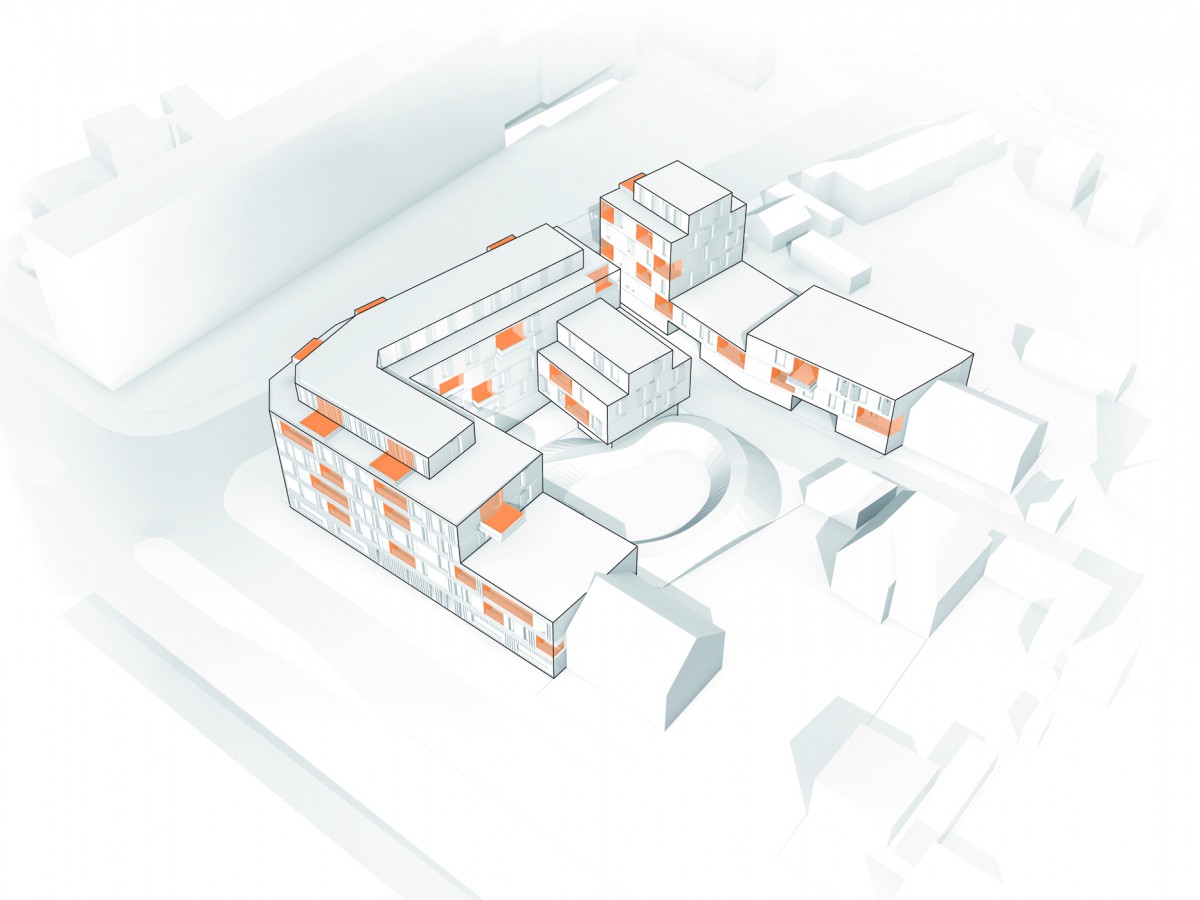 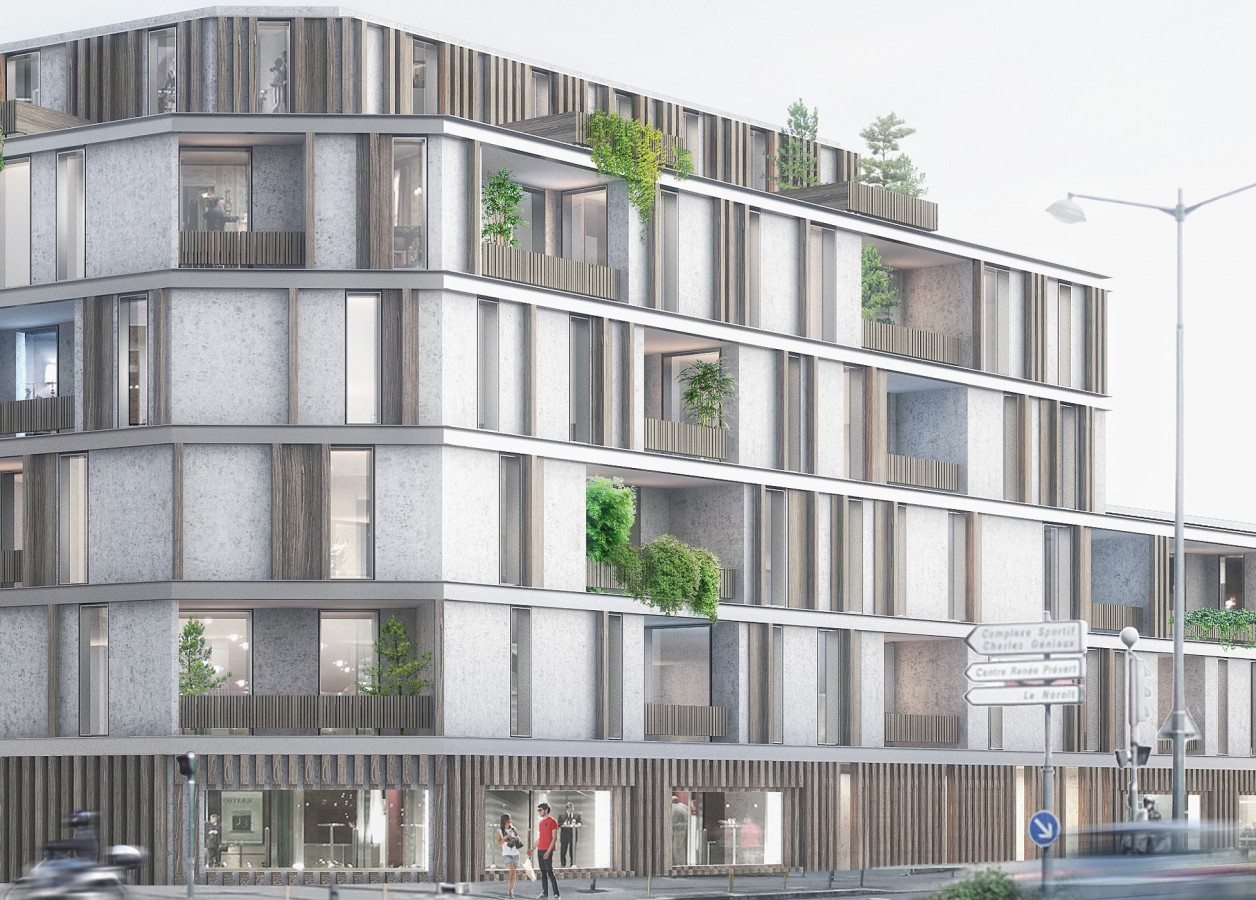 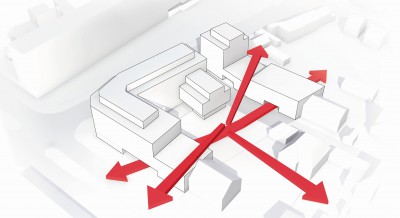 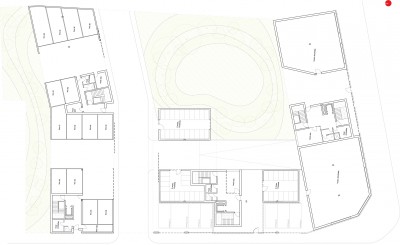 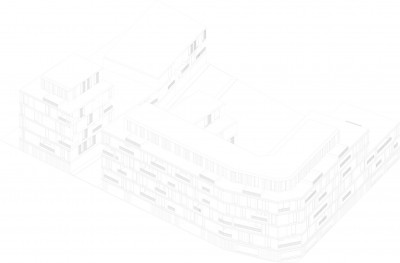 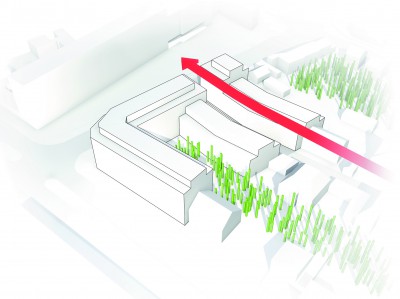 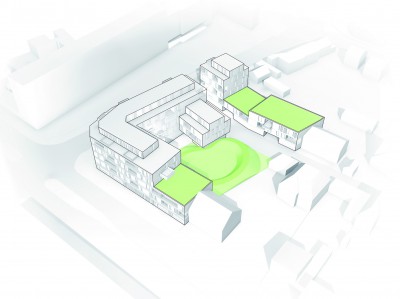 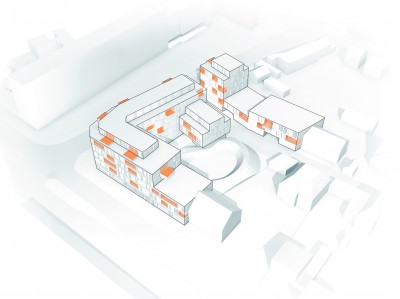 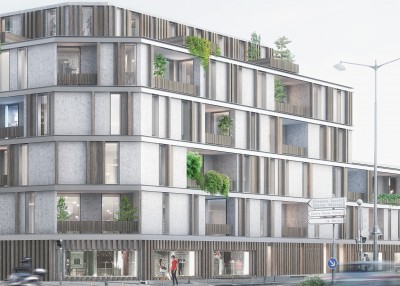 Block’s reconstruction of the North-West angle of route Lorient and rue Géniaux crossroad is part of a metabolic process that is transforming the town of Rennes in a more complex metropolitan system. Route de Lorient in particular, straight way for the town center, became an urban hub which main elements are Square Simone Morand and the stadium.

Following that logic, the new dwelling complex is a visual and urban hinge between the two elements, especially trough the public character of the ground level.