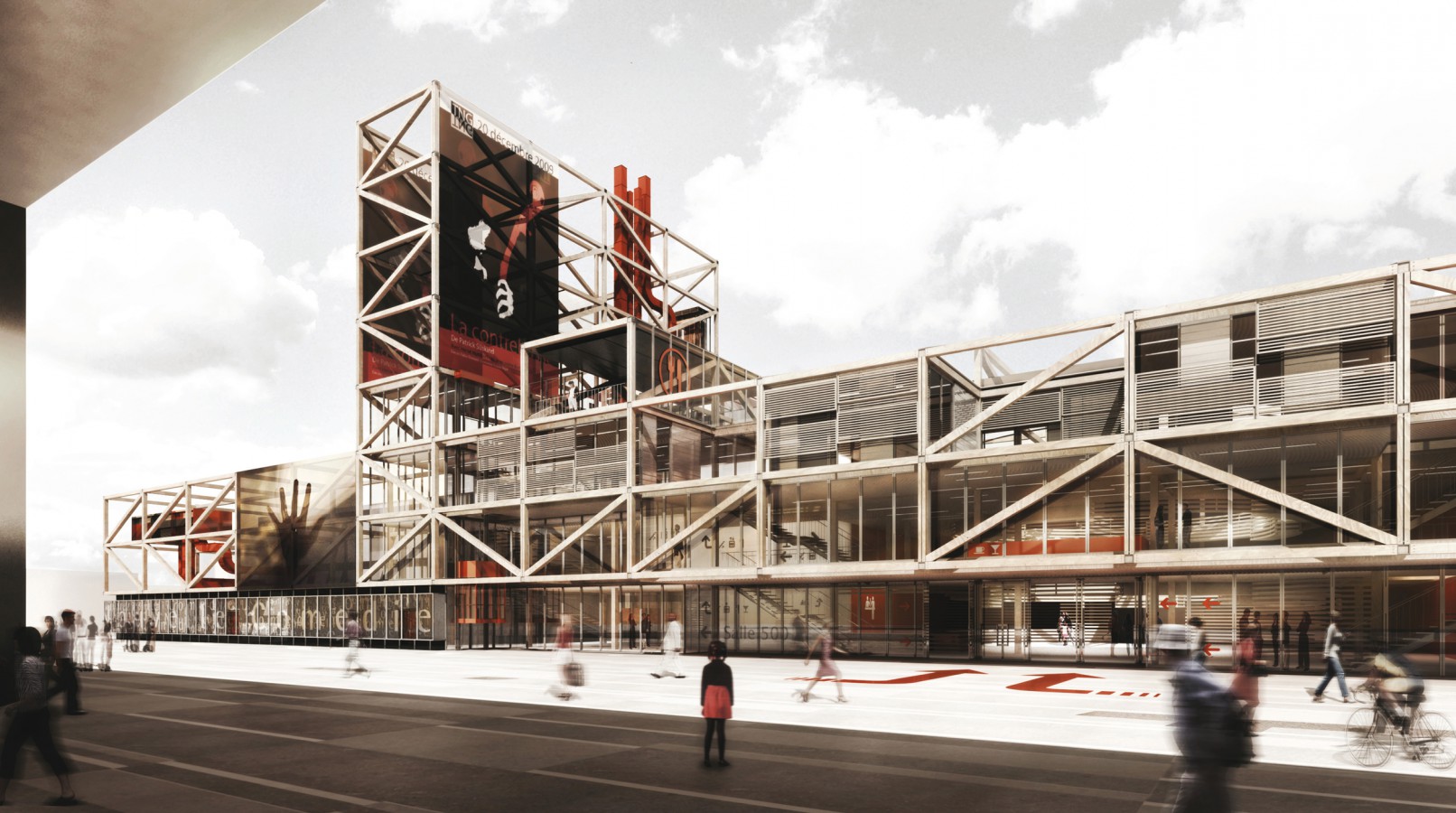 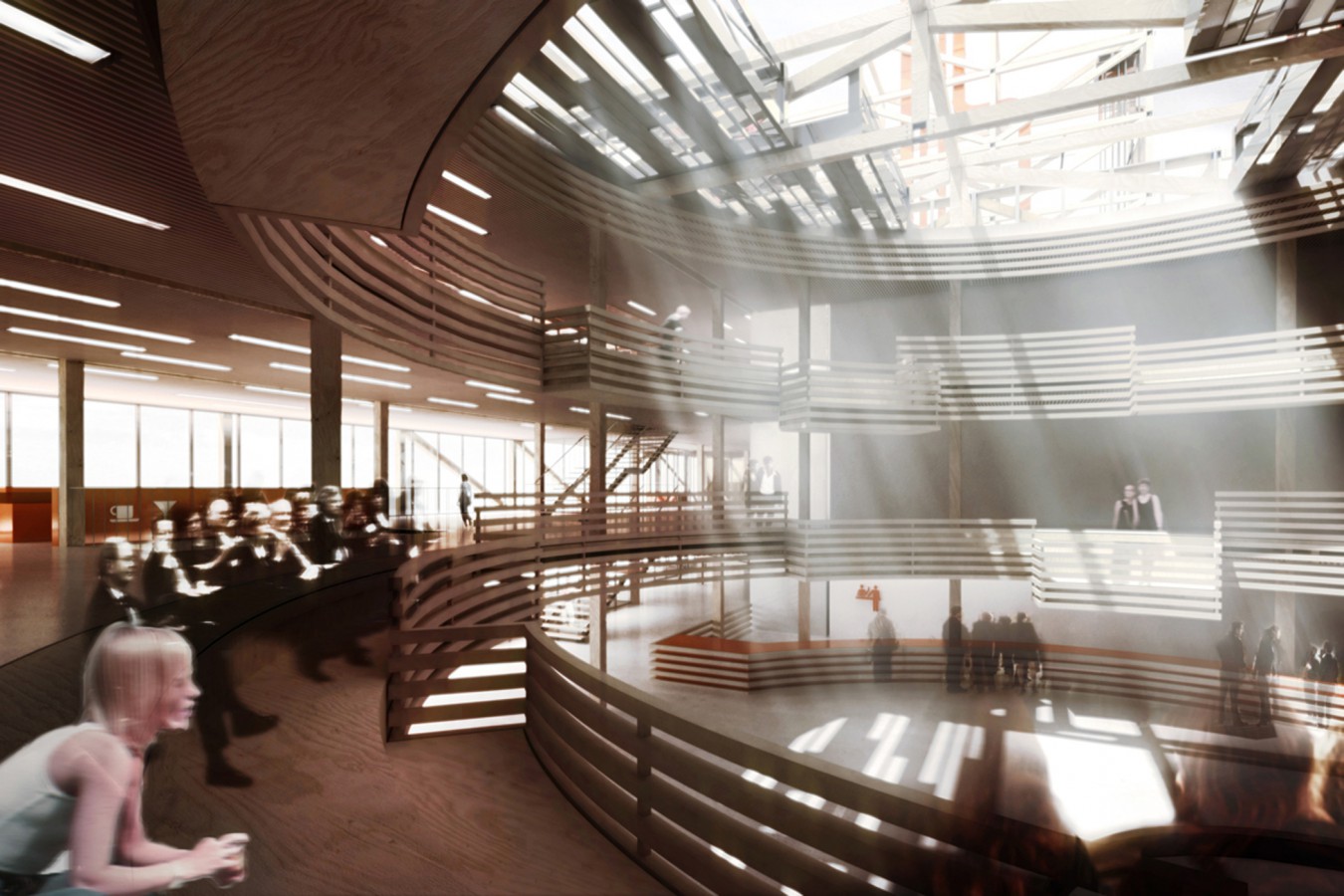 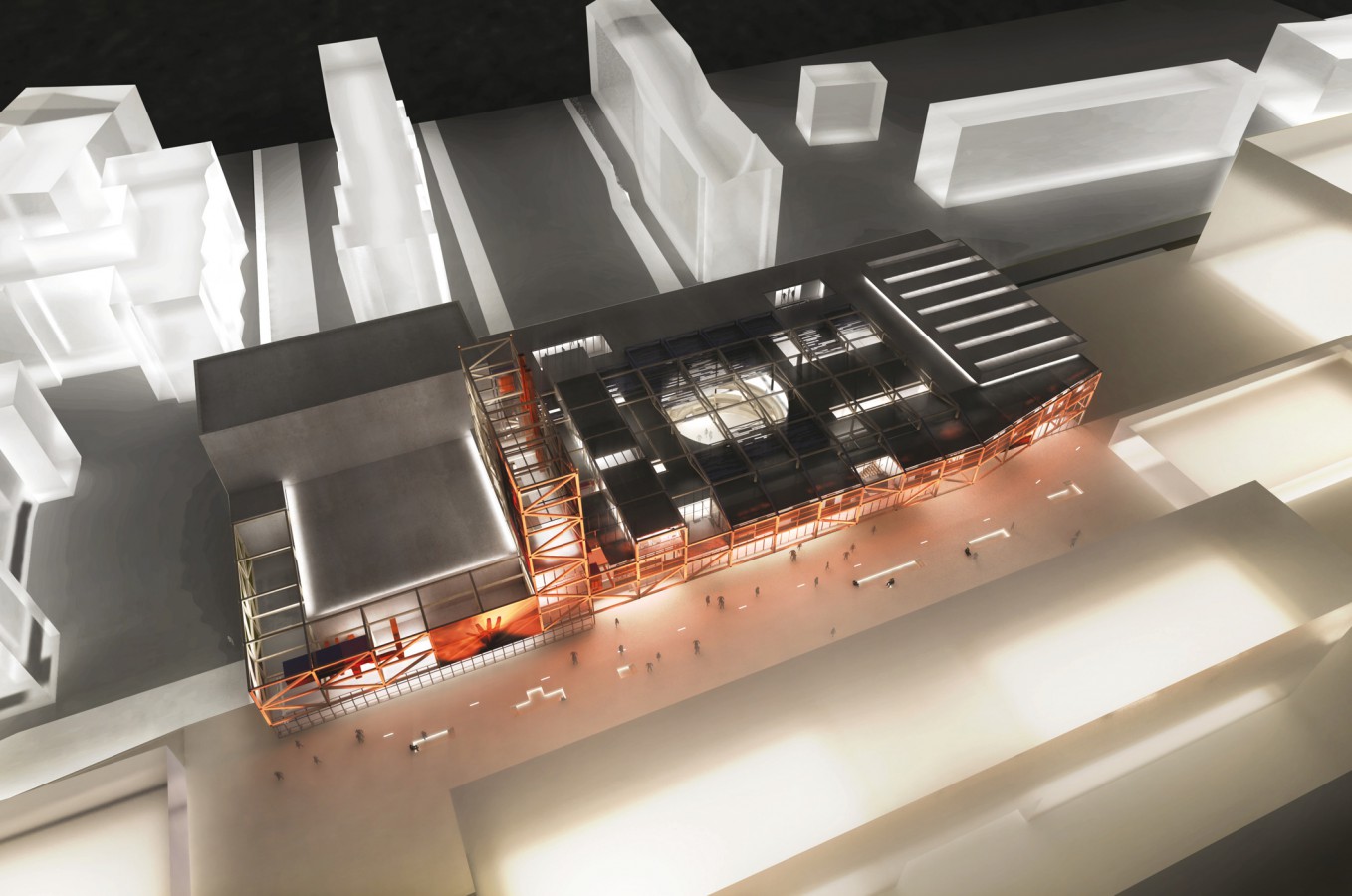 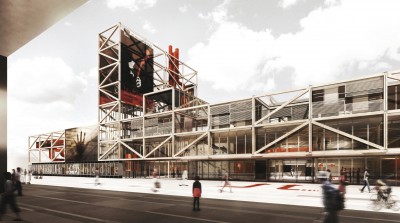 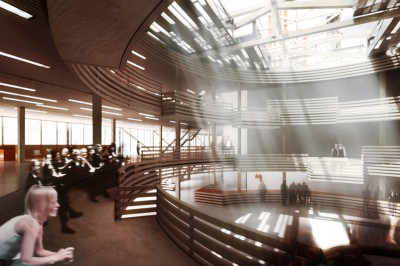 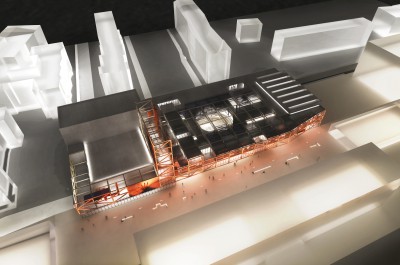 An enormous show machine, successful and functional. As a theater with entrails returned towards the outside, with its flies, its rails, its footbridges, a whole open-air machinery. The building is a continuous grid which used by art to express itself: the building on the entertainment’s service. The wooden structure hangs on the concrete shell which structures both rooms, studios and rooms for repetitions to assure the constraints of heat and acoustic insulation. All the fluids will be visible, integrated into the wooden scaffold, as in a factory. The New Comedy wants to be a «platform of shows» which opens towards the city with its esplanade, towards the sky with its Elizabethan foyer, and eastward with the multi-purpose room opened on the low square.